by kills to kisses 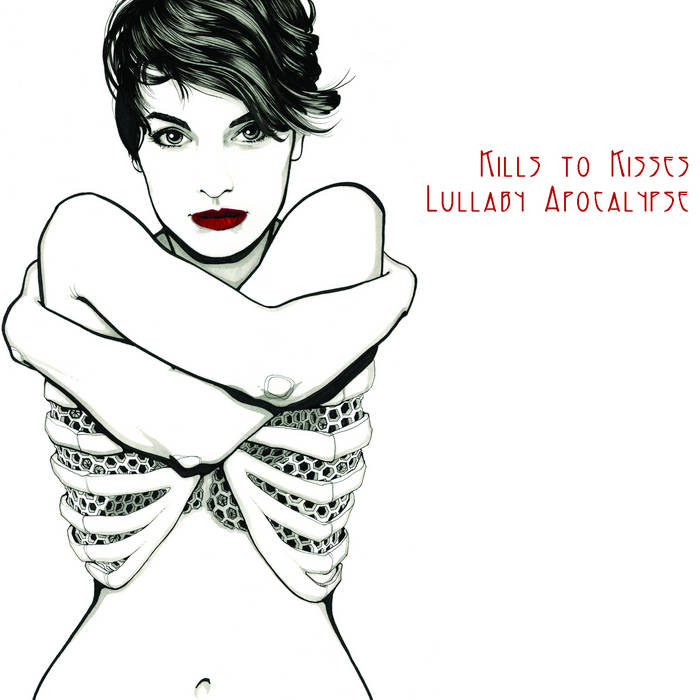 kills to kisses is Lisa Dowling's alter-ego and the name of her electronic art-rock bass/vocal/looping project. She is a character Lisa created about a year and a half ago out of a need to have a more specific space for her own musical experiments in song writing that were different from her other projects. What began as an exploration into her identity as a bassist evolved to explore her identity as a composer, multi-instrumentalist, vocalist and most importantly, a woman who creates. Creating a character provided a safe space for her to dig deeper into her own vulnerabilities, strengths, weaknesses and sensuality. After Lisa graduated from music school, she became interested in how she could write pop based music with contemporary classical techniques, gestures and colors and that challenge excited her. For example, she discovered that if she hit the bass tailpiece with the bow and looped it with a tremolo FX she had the beginnings of a really cool beat. The simplicity of these discoveries were inspiring. What she definitely wasn’t interested in was fulfilling the traditional bass player role in pop and rock music.

All the string sounds you hear on this album are made with a double bass.

All tracks composed by Lisa Dowling.

All tracks written by Lisa Dowling, except:
3, 5, and 7 co-written with Equiano Mosieri

All tracks recorded, produced, mixed and mastered by Ryan Streber at Oktaven Audio in Yonkers, New York, except:
4, co-produced by Jonah Rosenberg
7, co-produced by William Rucker aka The Omen and Lisa Dowling

K>X is the alter-ego of Australian bassist Lisa Dowling. She created her out of a need for a more specific space for her own musical experiments. What began as an exploration into her identity as a bassist evolved to explore her identity as a composer, multi-instrumentalist, vocalist and most importantly, a woman who creates.
"Bjork-like, innovative" (New York Times)
killstokisses.com ... more

Track Name: Uh-Oh
Green lights, let's go
Back door, no show
Back up, go slow
Turn on the radio

Can we make it past being human
'til the days we die?
There will be cries.

Stay, please stay
I have wrinkles with your name
A heart you have claimed
A smile that became you

Stay, please stay
Here with me
And touch the corners of my face
And share this breath
This rest
This arabesque from two worlds

real friends are likely to stab you in the back, they’re inclined to twist a knife as they try to get on track. It’s clean minds taped on dirty mind taps of my dear by draft, paper tears this craft, ink reflects those laughs and the times we shared - all the twists and drinks with lime I remember your stare...whenever I reminisce missing first embraces to the very last kiss. The last gift. The first day that began with a first step in a direction of a horizon that will swallow you up forever twisting your back but never giving you back leaving you with a photo to just wallow, you wept

as a said fool on furniture

looping your life, no beat thumperer no heart for your box and only freestyle your thoughts

Love letters become props for posters and shit..sometimes filters for that greenery lift

Now what I wouldn’t give for that greener tip of that lover side that other side. Truth predates lies but still remain eternal coldly you lay for our way memories become infernal

And the vessel's empty
You blinked me out
Your perfume's stained our bed
These ghosts I cannot wed
These tears in vien I shed
Track Name: RPS
Let's play a game
Mother Goddess

Let's play a game of rock paper scissors.
Oak and Ash and Thorn

And govern the rock weighs me.

I'm full. From your lustful flesh. Your lustful eyes. Your prideful life.

And govern the rock weighs me.

I'm full. From your lustful flesh. Your lustful eyes. Your prideful life.

I'll turn you on, throw you down
Greedy glances as I spin you around
I'll speed you up, slow you down
Don't be quiet, give me your sound

Rub my words, under your skin
Open my crate, select your sin
Change the tempo, lights to dim
Close the doors, dance within

Blindfolds off, Needles are on
I strip you down and mix you into this song
Cut you up with my tongue
Brand you now the music is strong
Sweat with me
Breathe with me
Dance with me
Give into my Renaissance
Track Name: Into These Lips
Breathe life into these lips
I beg of your fingertips
Paint her crescent give the eclipse
I beg of your hips

Draw a map, circle the womb
Leave the lights, turn on the room

Fingers guide your mis-steps
The criminal record of your heart
Say it with confidence, without arrest
Pull the strings, play the part

I'm not responsible for the scars in your eyes
Would it kill you to move my way
Way beneath where your comfort lies
Shed a layer, kiss the day
Track Name: Who's Your Lover: Half-Truths
It's a Sunday afternoon
The cat's asleep on the windowsill
You said you'd see me soon
I held back a smile

Bandcamp Daily  your guide to the world of Bandcamp